Name of Character: Traca Carmesim
Current Rank: Espada Octava
Current Spritual Pressure: 55
Name Of Tech: Black Hole's Grip: Soul Crush
Tech Skill Level: Hard
Small Summary: Traca manipulates the Spiritual Pressure around both himself and an opponent, causing an intense density that rapidly exhausts the physical stamina of those subject to its effects. The technique can be canceled by Traca at will, typically after the desired effect has occurred on the opponent, though he must endure the effects appropriate to himself as well. Traca cannot exit a stage of the technique and discard the effects, meaning that leaving the technique will not 'repair' inflicted damage. If the technique is prematurely broken, through other means, then the damage remains at whatever stage the technique was at. According to the Stamina of the user, and the target, the effects described below happen at varying periods of time:

Initial: Initially, both the user and opponent have their Speed reduced by 5 due to the immense weight and pressure placed on them. Movements also become sluggish and the use of Flash Step or other 'rapid movements' becomes difficult, making these movements visible instead of the standard flashing.

Paralysis: The target is slowly drained of their physical capabilities through further lose of Speed that resembles a slow-acting paralysis to an observer. The afflicted targets lose Speed over time that accumulates to a -10 lose, in addition to the lose of 5 by the initial effect. Certain brackets of Stamina lose it at different rates:

Crushing: The target feels their body lose the energy to resist the pressure of the Reiatsu around them and their bones are crushed inside of their bodies, though this does not break the skull and thus keeps the afflicted alive. In the case of Arrancar, this crushes their Heirro completely and fractures bones.

Release: The pressure releases after this point and ceases to be a hindrance or threat.

(Note: A post in this instance is considered at Instant the post it is used, and when the user's post arrives again, it becomes 1, and so on and so forth. In case of Stamina change, the stage presently within is unchanged, though any preceding stages have their post value based on the new Stamina amount.) 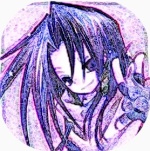 Sorry to ask, but is the hole breakable or either dispersible by the other people who are in it?

Taichou wrote:Sorry to ask, but is the hole breakable or either dispersible by the other people who are in it?

The technique isn't a hole, thats simply the name I've given the technique because I like the ring of it. The technique is intense spiritual pressure whose density is so great that it harms the body, similar to how opponents are paralyzed by high SP opponents at times in the Manga.

The technique is, theoretically, breakable though It would require another technique designed to 'break' or lessen opposing spiritual pressure or something similar in the Kido fashion. I've yet to see anything of that sort besides my own characters techniques, so in theory, yes, in practice, I haven't noticed anyone with the ability to do so and it would be odd if they just decided they'd add a technique like that AFTER seeing this, because it would be effectively meta-game.

There are techniques or abilities many persons have that affect their OWN SP, but the technique isn't their spiritual pressure so those would have no effect, neither hindering or negating this technique. Because of this, the technique has been designed to affect me as well so its not OP.

Okay. I admire your creativity, Traca.

So what's the training? If any.

I don't believe a technique like this is necessary for an Espada,