Name: Big Bang
Number: 99
Type: Hadou
Description: After reciting a long incantation, the user causes the area around him for a hundred yards, to be cosmically reoriented. This reorientation creates a mighty explosion, which effects everything within the radius of the blast, the closer to the casters position the more damaging it is. At the epicenter, it is borderline impossible to survive without any protection, at the edge it could easily dispatch weaker enemies. However, if the user does not control the techinque perfectly, or does not have enough strength left to perform it, it can backfire, killing the user.
Incantation: The universe collides at a billion tiny stars, consumed into one point. Matter is changed, and life and time are created anew. As change occurs, the positive and negative of the world, fuse and become one. The emperor\'s of the skies and world are destroyed, as the cataclysim ravages the world.

Name: Quantam Punch
Number: 93
Type: Bakudou
Description: The user charges kido energy into their fist, and then lunges forward, attempting to punch the target. The energy causes the fist to glow a strange blue, and then turn into something that looks almost like a ghost. Upon punching the target, the target will become tranparent, and be \'banished\' from the plane of reality. The target is able to move, however any attacks, techniques etc. they try to perform will have no effect on anyone in the plane of reality. However, should the user miss, their hand instead is banished, thus making the technique risky to use. This effect can last anywhere from a few minutes to several hours, depending on the targets reaitsu. (3-12 posts)

Description needs to be longer on the second Kidou.

And do you have Sufficient Personal Protection

yes, i have a bakudou that could probably protect me from the explosion of the big bang, but using those two techniques in succession would leave me severly drained.

Whoa whoa, dude. Both of those are at least are Captain Commander level. Tone them down, please?

I agree with Hao.

Suggestions:
-Be more descriptive with the range, several hundred yards is incredible.

- Lower the number of the technique, so others at least have somewhat of a chance avoiding it.

And it can destroy as much as a Cero Tech can. And not at a Meleculiar Level, Bakudou Restrains. And I think it would be better to make it a little less OP

Quantum Punch, even though the risks are countable, seems too unreal. The ability to wipe someone off of existence, but they're still there, for a short period of time is pretty much absurd. 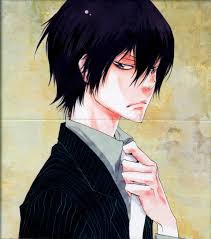