so heres my confession

i MMA fight, i know its brutal but its what i do when im mad

Actually this is nothing to be ashamed of, My cousin owns his own MMA Training place Called Kikara and after hours I go there sometime we suit up and fight although I lose every time it is fun.

I like Street Fighting to it feels good you get a rush of adrenaline your heart beats so fast, I smile the whole time I fight. I practice sword fighting to Japanese and Panjabi too. They are really fun.

The Japanese one is called a Bushido I think.

The second one is Akademerian. 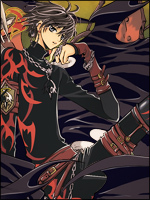 oh thank you, i was embarrased to say this
what

There is one thing that everyone is afraid to say but to other people it seems like nothing. When I was 8 I was scared of the dark and I was scared to admit it but when I told everyone they didn't care they said it was normal. You also shouldn't be Shamed because it is a sport and You put people in there rightful place.

WOOT!!!!!!!!!!!!!!! guys, I got My 11th straight win yesterday at 5pm eastern time. It was a knockout in the first round. He was tall,and big. He couldn't stand a chance against me, He barely blocked my elbow blows and punches, and I got him at the end with the Arm bar. He was crying at the end, So I went and talked to him and he's fine, Poor guy, I left him a bruise on his left cheek and his right eye. But he gave me some damage too, I have bruises all over my body as I failed at blocking my body. I'm undefeated [ 11-0 ] and I'm also going to the Semi-finals against a small 9 year old, Game, Set, and match.