User of the Technique: Nonko Ryuuza

Level of Technique Rank: There is no eay to escape the dome unless you are more than 80 feet away. Once inside the dome, one of the ways to dodge the pillars is to stand in the very center and when the mini-earthquakes get's to you, you can use your superior speed to jump in the air and dodge it, saving yourself from harm.

Description: This is a passive and offensive attack. When Nonko is in his release form, he chants the words, "Come forth, Dark Citadel!" After the incantation, a swirling black vortex comes into existence above his head. A black force field comes out of the vortex, surrounding Nonko and his opponent for about 80 feet around. Once the shield is down, the pure white pillars that are on the inside of the Dome start collapsing on his enemy. There are four pillars about 20 feet tall. When they crash down, they make four mini-earthquakes of dark energy that feels up the dome.

History: When Nonko first became an Espada, he would train daily, trying to make advances in his skills. One day, while he was training, he started working up as much Reiatsu as possible and after awhile, a vortex formed above him. He was so surprised, it took him awhile to finally try it again. It took him a good 50 years to finally master the technique, but when he did, it was a devastating attack.
_________________ 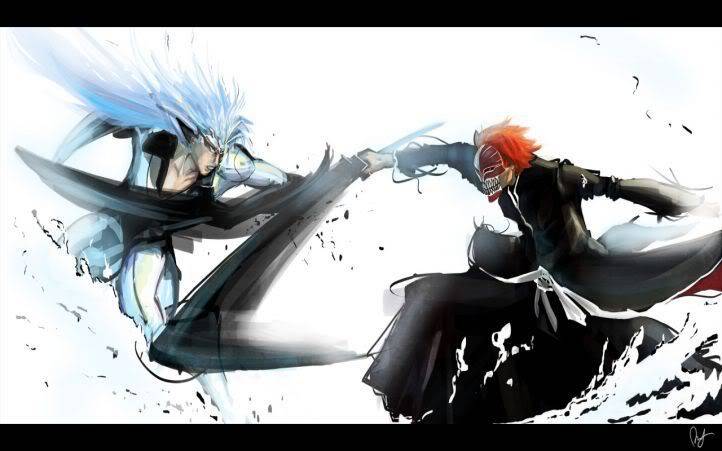 "I don't care if you're a human, a Shinigami or an Arrancar! I'll crush anybody who looks down on me! And you, Kurosaki....will be the first to go!"

Re: Shadow Dome (Not finished)