Bankai Description:
Skill One: Blizzaring Baski
Effect: When Baski is released a blizzard is summoned and the air becomes thin and hard to breath, the water becomes frozen solid and the grass and other life freeze and wither to nothing, and the opponents sword (if they have one) becomes heavy and almost unusable.

Skill Two: Hailstorm
Effect: Hail suddenly falls from the sky at high speeds and the ground becomes frozen and freezes up the opponents lags trapping them to the ground while the hail falls down on them freezing their skin burning them. (Note: The ice that traps there feet can be broken, but takes alot of power)

Skill Three: Frost Byte
Effect: Summons Fenrir (god of ice) and Celsius (goddess of ice) and they both conjure up a blizzard that not even Mizaki can withstand, without some sort of protection he along with his opponent will mostlikely freeze to death on the battle field. (Note: Can be avoided by finding cover that protects you)

Allied Skill One: North Wind
Effect: A strong wind coming from the North brings a healing of sorts with it and heals all allied Soul Reapers, sometimes, with rare chances, it can bring back the dead. (Note: This technique can only be used 2 per battle)

Allied Skill Two: Frosty The Snow Man
Effect: A Snow man is created from the snowstorm and distracts the enemy allowing Mizaki and if there is others, to escape from a very powerful foe. (Note: This technique can only be used 1 per battle, and has a 50/50% chance of working)

Allied Skill Three: Snowbeasts sheild
Effect: Surrounds Mizaki and any others with him to protect them/him from any danger, even from extreme heat, it cannot be broken except at a rare chance that the weak spot if found. When it's weak spot is hit directly in the centre, it breaks and is then unusable for the whole battle.

Bankai Looks: A long slim white blade with lettering going up from base to tip. The white blade rests on a black hilt with a snowy grip.

Alterations: Mizaki has a white trench coat with black pants. On the back of the white trench boat has the symbol for the 9th division in the centre. 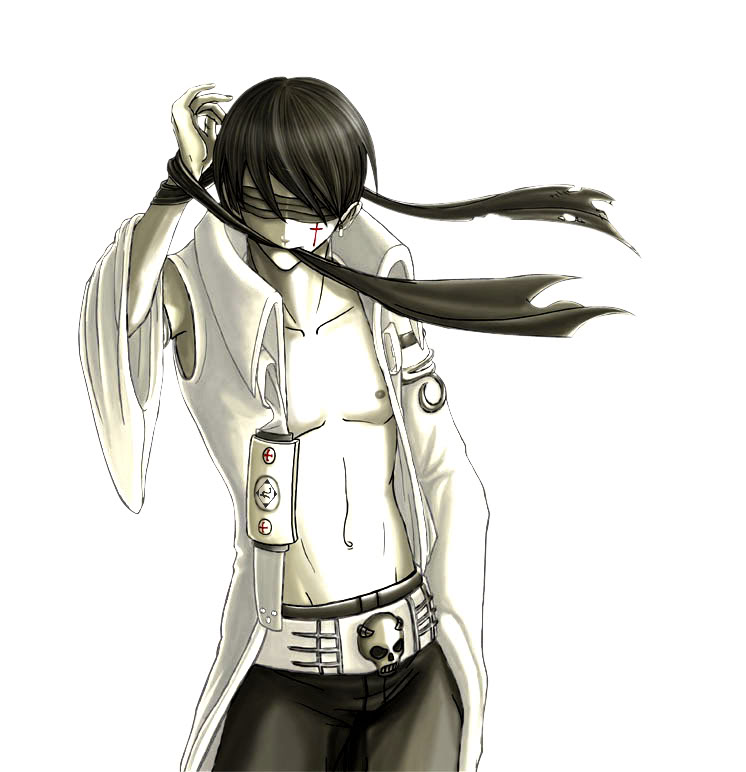 Good enough for meh, I actually read i >> lol